The U.S. military purchases 3M Combat Arms double-ended earplugs for its soldiers to reduce hearing loss and damage for its soldiers. Hearing conditions such as tinnitus, partial, or complete hearing loss in one or both ears are all very common among veterans. As of 2017, over 2.7 million American veterans were receiving disability benefits for some kind of hearing damage or loss. Additionally, over 20% of all vets who served between 2003 and 2015 are receiving benefits due to hearing loss or damage. While the 3M earplugs were supposed to be a solution, they proved to be problematic. 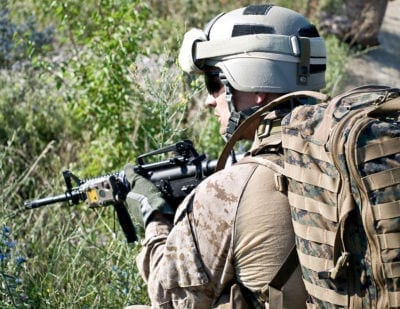 The 3M earplugs were created and marketed to the U.S. Military as a way to solve hearing damage issues in servicemembers and future veterans. According to 3M, the product would securely fit in one’s ears, and prevent repeated damage from loud noise. However, the earplugs don’t properly seal off the ear, causing servicemembers to continue suffering from hearing problems. The damage caused by loud noises can be incredibly detrimental to the health and safety of soldiers and veterans.

Evidence suggests that the manufacturer knew about these failures before they were publicly known. 3M paid out $9.1 million in a settlement to the Department of Justice after allegations that they knew their product was faulty. Because of the deal’s terms, 3M did not have to admit liability. According to the DoJ’s initial lawsuit, the company allegedly knew of the issue as early as 2000. Yet they continued selling them to the U.S. military into 2015. Since then, many civil lawsuits have been filed to fight for service members who have suffered because of this product.

If you or a loved one served in the military and suffered hearing injuries while wearing 3M earplugs, D’Agostino & Associates may be able to help you. We want to fight back for you and veterans like you.

At D’Agostino & Associates, our team of lawyers can help you sort through all the details, understand what you are entitled to, and fight to get what you deserve. D’Agostino & Associates P.C. has offices in New York and New Jersey. Contact us, or call us at 1-888-245-2924 to schedule a free consultation with our personal injury attorneys.